The Many I's in Team Most times that I have worked with others on creative solutions, it has been in the context of software or systems project design work. Usually it is in the development of proposals in which creative design solutions to requirements must be articulated elegantly and succinctly, meeting the technical requirements specified by the client and also standing out as an attractive design unlike competitors' offerings while still meeting internal business needs of being doable and profitable.

I can think of only a few occasions outside of work in which I have been part of a creative team. The first was an attempt to jointly write a work of fiction with a partner. Over many years, I have been involved in plenty of creative writing games of interactive fiction in which multiple players from around the world each contribute prose from the perspective of their fictional characters’ roles in an ongoing story. The narrative elements then hang together as one continuous piece of fiction. As another example, two years ago, my first stage play : Ashes to Ashes was produced by an amateur theater group,
In each of these cases, when the work has been successful, it has been through a few key principles that may never have been stated among the group and yet were critical to success. First, there were clearly defined and understood roles of the team members. People bring their own talents and strengths to the team, but the project must be sorted out so that there is no unnecessary overlap or contention on key components. Second, there was recognition of each other's abilities and mutual respect. Third, there was no second guessing of each other’s contributions. The team may engage in self critique, but it is done in an open and inclusive manner with all parties sharing equally in the presentation of their work and acceptance of suggestions, praise or criticism on what they have accomplished.

These things are all like rules of engagement, without which, the project would likely fail, although just having them in place does not guarantee success. The greatest guarantor of success in team work in my experience has been equality. It is reflected in the mutual respect noted above, however, team members must be equal in their level of skill, understanding, or ability. They do not have to have the same skills, but unless they are on a par with their level of ability, it will not be an even partnership or team and one member or subgroup will dominate the rest.

The resulting product from an imbalanced team may be excellent, but the experience will not be rewarding for all team members in the same way that a project of equal contributions can be. Dominant members may feel put upon or that they carried the team. Less skilled members may feel used or that they were lackeys of the greater contributors. It is unlikely that the team will want to create together again, unless forced to do so (such as in a work situation) in which case resentment can fester and poison the quality of the work.
Posted by Jim Pyra, MA, CHt, CCHt, CAHA at 22:52 No comments: 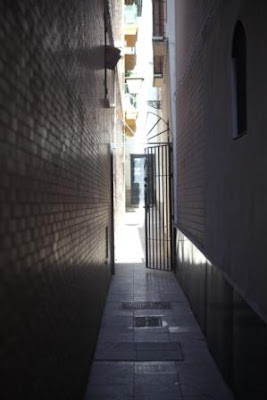 Posttraumatic Stress Disorder (PTSD) can be an underlying and unrecognized cause behind a number of other problems.  Sometimes, people come to hypnotherapists for help with sleeping problems, feelings of frustration, phobias, concentration and focus problems, feeling “trapped” or “stuck” in their situation, relationship challenges, self-confidence, or feeling “stressed”, without realizing that there may be a past traumatic event that is contributing to these issues.  As a hypnotherapist, I do not diagnose or treat any condition, however hypnotherapy may be able to help you deal with PTSD as well as many of these issues that may manifest because of it; working to support your medical and psychological health care providers.

There are six medical criteria that indicate PTSD:


So what constitutes a stressor event?

Everyone experiences a personal response of feeling sad, frightened or anxious after having experienced a traumatic event.  Typically, as time passes, we get over it.  In some cases, either from a single experience or from a combination of multiple traumas, you may instead feel increasingly isolated and trapped with those painful memories, leading to a sense of being under threat or in danger.  You may feel that you will never get back to “normal.”

Most stressor events are frightening or horrifying situations in which you felt powerless to help yourself or others.  We often think of soldiers experiencing this, but it can happen to anyone that lives through a threatening experience that made them feel helpless, either as it happened to them, as they witnessed it, as they learned about it having happened to someone close to them, or as they tried to help others through it or to respond to the situation.  It may happen quickly after the event, or may take years to slowly build into PTSD.

Although common examples include natural disasters, violent attacks, abuse, neglect or domestic violence, car or other serious accidents; a stressor can be any shattering event that made you feel helpless.

How does PTSD affect behavior?

You may experience “flashbacks” or upsetting memories of the event, nightmares, intense physical reactions (like pounding heart, sweating or nausea among others) to anything that reminds you in some way of the event.  You may consciously or unconsciously start avoiding places, things and situations that remind you of the event, including feelings.  You may lose interest in activities that you used to enjoy or feel unable to experience positive emotions.  You may feel isolated and numb or have increased sensations of your own limitations and limits to your own future prospects.  You may become forgetful, have trouble sleeping, lose your temper, feel jumpy, irritable, have various aches and pains or have difficulty concentrating.  You may become involved in substance abuse or other risk-taking behaviors, feel dread or distress, think about suicide, feel betrayed or mistrustful, feel guilty, ashamed or at-fault.  Many people fear that nothing can help and that they will never feel better.

What can be done?

Talk to your doctor or healthcare provider.  Studies have shown that overcoming PTSD is possible by reaching out for help, establishing a solid plan and developing new coping skills.  Even if you suspect or know that you are suffering from PTSD, at least 20% of people fear seeking help because they worry what others may think and over 30% of the general population of North America don’t want anyone to know that they may be in any form of therapy.

Hypnotherapy, with a referral from your doctor or healthcare provider can help address PTSD.  Based on your personal circumstances a combination of stress inoculation, cognitive behavior and exposure therapies can help you to cope with the issues you face.
Stress inoculation can help you to deal with your reactions to reminders of the stressor event by giving new coping skills such as relaxation, breathing control, reaffirming self-talk, and generally changing how you react to the external stimuli that cause you stress.  Hypnotherapy can help you start, reinforce and strengthen these coping skills.

Cognitive behavior means changing how you think in order to change the way you feel.  Replacing negative thoughts and emotions that arise and recognizing that feelings are not facts allows you to rewrite the stories that you keep telling yourself about your experiences.  Hypnotherapy allows you to directly access the subconscious while remaining in control so you can apply the changes to your internal stories directly.

Exposure therapy means reducing the impact of exposure to both the things that remind you of the stressor event as well as the memories of that event itself.  Hypnotherapy allows not only accessing of past events maintained in the subconscious while you remain in control, but also provides a method of rescripting or revising the associated memories and triggers that have become part of your subconscious baggage.

There is no universal approach as each person’s circumstances and plan for dealing with PTSD is unique to their circumstances, needs, background, nature of the stressor event and what else may be going on with your health or your life.  The key is to get started and get help to deal with PTSD.

Zawadski, B., Popiel, A., Foa, E., Jakubowska, B., Cyniak-Cieciura, M., & Praglowska, E. (2015). The structure of symptoms of posttraumatic stress disorder according to DSM-5 and assessed by PDS-5 – preliminary results. Current Issues in Personality Psychology, 3(1), 1-11.

Jim Pyra, MA, CHt, CCHt, CAHA
After working as an IT professional and a consultant in many industries and domains, I wanted to make a difference. I worked for ten years in a consultancy that focused a lot on non profits, caring people, and many people that the world tries to ignore and leave behind. That experience made me more aware of how poorly many of us understand ourselves and how we fit into the world. I have formally studied Zen and Tibetan Buddhism, completed programs of study in hypnotherapy, advanced handwriting analysis, Reiki and Integrated Imagery - Regression Hypnosis. I studied general hypnotherapy at the Hypnosis Motivation Institute, the Transpersonal Hypnotherapy Institute, and Atlantic University. I was certified as a Hypnotherapist by the Hypnotherapists Union Local 472, a Clinical Hypnotherapist by the Association for Transpersonal Psychology & Hypnotherapy, and in Integrated Imagery Regression Hypnosis by Atlantic University where I completed my Master of Arts in Transpersonal Psychology in 2017. I am also a member of the American Hypnosis Association.