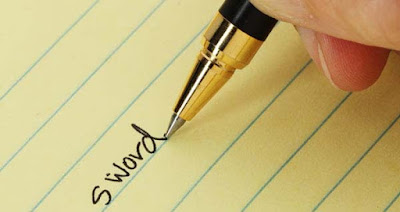 I spent a full year faithfully recording my dreams in a dream journal. Dream journaling yielded many interesting connections to other areas of my life and my studies. Several of my dreams involved going on a journey, several involved various forms of secrets and hiding places and several involved interesting women. Most had great plots and inspired me to include elements of them in the fiction that I write. The settings of most of these dreams have been places like trains and hotels that seem vaguely familiar but more like a composite of places I have actually been rather than any particular real location. In many of the dreams, I was searching for something.

All of this travelling and searching really made me notice passages from Moss’s The Secret History of Dreaming such as where he notes “The map is inside the dream … but to follow it you must become a traveler in two worlds.” Meanwhile, mindfulness meditation seems to dovetail nicely with some of Moss’s remarks such as the comment that “Ayurvedic physicians maintain that we are deluded if we believe we are fully awake and conscious in our everyday lives”. This reminds me when I asked my Zen Dharma teacher about dreams and their place in mindfulness. Her reply was that before I started worrying about awareness in dreams, I had to wake up and become aware of reality. As Moss says, “What we think is reality is a mundane dream”.

My dreams seem to shift from those that are reflections of events of the day, to those that have some sort of deeper meaning or symbolism as the night goes by. It makes me agree with the Dalai Lama’s advice to pay attention only to those dreams that happen “around dawn”. Last year I finished writing a novel based upon a man who becomes obsessed with a vision in a dream and then strives to find the lady of his dreams in the real world. The novel’s structure is modeled upon the Hero’s Journey or the “Monomyth” showing a modern man’s voyage into another world that he is not sure has any basis in reality. The ancient philosopher Sinesius said “dreams show us the future, because dreams are experiences of soul”. An excellent summary of my protagonist’s hope that his dream girl is real.

Moss’s book also references past lives. I have experienced amazing regressions despite my initial reluctance to accept the likelihood that such remembered lives are real. I have made peace with the idea that even if not real, the past life regressions that I have personally experienced and helped guide others through represent direct communication with sources of wisdom within oneself – the subconscious or superconscious mind. Amoroso speaks of finding one’s soul purpose reflected in multiple lifetimes of experiences and I have found some semblance of that purpose for myself through regression work. Jewish mysticism holds that Gabriel is the bringer of dreams and the soul’s knowledge of its destiny. I cannot help but wonder if my dream locations that have vague familiarity are echoes of past experiences that point me to the future.

Jim Pyra, MA, CHt, CCHt, CAHA
After working as an IT professional and a consultant in many industries and domains, I wanted to make a difference. I worked for ten years in a consultancy that focused a lot on non profits, caring people, and many people that the world tries to ignore and leave behind. That experience made me more aware of how poorly many of us understand ourselves and how we fit into the world. I have formally studied Zen and Tibetan Buddhism, completed programs of study in hypnotherapy, advanced handwriting analysis, Reiki and Integrated Imagery - Regression Hypnosis. I studied general hypnotherapy at the Hypnosis Motivation Institute, the Transpersonal Hypnotherapy Institute, and Atlantic University. I was certified as a Hypnotherapist by the Hypnotherapists Union Local 472, a Clinical Hypnotherapist by the Association for Transpersonal Psychology & Hypnotherapy, and in Integrated Imagery Regression Hypnosis by Atlantic University where I completed my Master of Arts in Transpersonal Psychology in 2017. I am also a member of the American Hypnosis Association.